The Coca-Cola Supply Chain Management Company (SCMC) manufactures and supplies noncarbonated drinks for Chinese markets. The Dongguan plant — the focus of this case study — was experiencing challenges on its Krones hot fill line. Read this case study to find out how they turned the line around, achieving improvements in machine efficiency, unplanned downtime, production volume and yield. 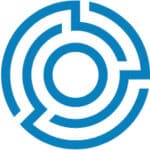 With the odds seemingly stacked against success in the early stages, the Krones hot fill line was chosen for the TRACC pilot implementation. Challenges included: 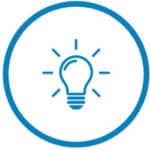 Implementation on the pilot line kicked off with the foundation best practices. Despite the challenges, the changes rapidly yielded impressive results. Dongguan started with one task force, but nowadays the current five task forces are all driving the world class operations (WCO) implementation in their own areas. Profit Improvement Projects (PIPs) constitute a significant part of the improvement drive. Operators and supervisors were trained in the DMAIC problem-solving methodology and are solving problems that rival any Six Sigma black belt project. 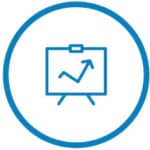 Mechanical efficiency (ME) increased by 10%, 16% and 20% (pilot line) on the three production lines in the first year. ME improvements have since been sustained year-on-year. Improvements over the starting baseline are 13%, 17.5%, 37% (pilot line) and 49% (new production line). Unplanned downtime dropped by more than 50% since the project’s inception, while the order fulfillment rate increased from the low 90s to 98%.

Production volumes continue to grow exponentially and several all-time production records were shattered. Material yields improved in leaps and bounds reducing the yield losses by between 21% and 79% in the first few years. This resulted in the Dongguan factory leading the field in the supply network yield benchmarks. Most impressive are the energy and water usage savings since the start of the world class operations program. Water usage per liter of beverage improved by 49%. Electricity consumption per liter of beverage declined by 35%, while fuel consumption per liter dropped by 41%.

The SCMC entered an exciting new phase as the WCO process was rolled out to the Suzhou, Beijing and Xiamen sites. While early implementation challenges at Dongguan had been overcome, each site undoubtedly presented its own set of challenges. Fortunately there’s a strong team in Dongguan, as well as a forceful culture of sharing knowledge.

“As the black sheep in the family, Dongguan was spurned widely for its poor performance. It’s hardto believe that it’s now being visited regularly by industry peers as a reference factory.” – Ainsley Mann, former CEO, Coca-Cola SCMC

Ainsley Mann, former CEO, summarized the extraordinary progress made since the implementation of WCO. He said, “As the black sheep in the family, Dongguan was spurned widely for its poor performance. It’s hard to believe that it’s now being visited regularly by industry peers as a reference factory.”

At the time of publishing, the company operated through a supply location network of 11 Coca-Cola bottling plants in China, of which Dongguan plant in Guangdong Province, some three hours’ drive from Hong Kong, was the largest site. It operated four beverage lines with both hot and aseptic filling technology. Dongguan was the first site to implement TRACC best practices at the beginning of 2005.