This article is based on the panel discussion ‘Preparing for Industry 4.0’ which took place at the TRACC & POMS Conference, Cape Town, South Africa in April 2019.

Industry 4.0 is characterized by a flood of new digital technologies that will change many aspects of the manufacturing environment.  Leaders are gaining a deeper understanding of the impact of these new technologies and are becoming increasingly aware of the challenges they face in preparing for the digital era.

The four panelists discussed some of these challenges and possible strategies to confront them. 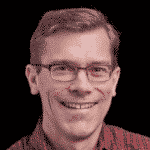 The challenge of information sharing

Dr Russell Allgor, Chief Scientist, Operations and Logistics at Amazon discussed the challenge of sharing information with managers and with employees in general in an organisation as large as Amazon: how do you share information about what front-line employees are seeing every day? How do you assess the morale for a site of 3 000 people?

To address this challenge, Amazon furnished its employees with scanners – they’re always connected to some sort of electronic device.

“Every day when I come to work, sooner or later a message pops up on the machine that asks me some question about my daily work,” said Russell. “It could be ‘Is your manager good at …?’ And there are five choices. The questions differ depending on the facilities and where people are working. So there is constant feedback.

“The data collected is anonymous, but the information is available for further investigation and to understand how people are working. If three managers are getting one set of scores and the other one is getting completely different feedback, it’s time to help coach that manager based on the feedback. So it’s looking at how to assemble information from across the company, and using it in a meaningful way. It is usually for developing the management staff, identifying what people aren’t doing, or interviewing and talking to the people providing the feedback to understand what the real issues are.” 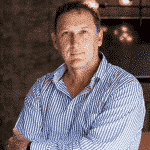 Prof. Antonie van Rensburg, Chief Architect at the cloud artificial intelligence company IoTDoT4, an Industry 4.0 specialist and visiting professor at the University of Stellenbosch, highlighted the relevance of the traditional manufacturing principles that get taught around how to build big scalable businesses.

He gave the example of a client who had a number of capex issues, and wanted to expand capacity, acquire more sites, etc. After some analysis of the ERP system, it became evident that they could actually increase capacity by 30% — without paying more for new technology. “There’s a lot of new technology out there that gives more visibility in operations, and allows one to do a lot more,” says Antonie. “But the traditional thinking is still there: ‘How do I do more from less?’ So some of the older technology is still there. Not everything went away. Linear programmes, for example, have been around for 70-80 years.”

According to Antonie, young people aren’t interested in learning about the traditional techniques: “For example, demand forecasting – people don’t want to be trained in traditional forecasting techniques. They don’t know what times series are. So how can you use these youngsters then to forecast, predict and improve your business?”

“We can improve and expand, but we need those traditional types of capabilities to do that. That’s where the merging of classical thinking and new technology comes from.”– Prof. Antonie van Rensburg, Chief Architect at IoTDoT4

Another issue raised by Antonie was concerns about possible job losses caused by Industry 4.0.

“But what it actually means,” explains Antonie, “is that a job is going to be created in another place. People driving around and doing meal deliveries didn’t have those jobs a few years ago. And in the past, we didn’t need people checking sensors and bits of technology around the country. We now suddenly need these people. So from an HR or job perspective, there are foot soldiers being created to service this new technology.

“What I’m seeing at an investor level is people asking how they’re going to make money in the next 10 to 15 years: ‘Is the investment I’m making still relevant?’ At an executive level, we see the world is changing. Customers are walking away. When we talk to retailers, for example, it’s a big issue, as more people are doing more online shopping.

“People’s behaviour is changing; we cannot track them anymore; we don’t know what they do when they go into a store. So all those things change.” Antonie believes that the solution lies in our ability to adapt to these inevitable changes. 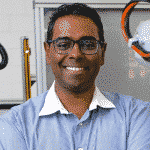 Yanesh Naidoo is the Sales and Design Director at Jendamark Automation, and provided an interesting example to illustrate the challenge of adapting the production line to different volumes, depending on the market requirements.

Jendamark is working with a Silicon Valley start-up company which has developed a completely autonomous, fully electric vehicle that can be summoned using an app.

“The challenge is not knowing what the volume is going to be at the end,” says Yanesh. “It’s a new project, so there’s no historical data to go back to and say we need to make so many vehicles a year. So the challenge is: how do you make a modular type of production line which you can adapt to different volumes depending on what the market asks for?”

Jendamark has come up with a modular line concept. They start with 10 stations, build their components, say five to six a week, and then as the volume requires, they build on that production line over a weekend – as opposed to stopping the line for three to four weeks (or months sometimes) to build up a production line.

Jendamark is also working on trying to combine the store and production line into one. “So with an automatic guided vehicle (AGV), we’re not constrained by a fixed conveyor system for example. We now have AGVs that would go through a typical store and the person who would pick the components and put them in a box that would get delivered to the line actually assembles it. So you’ve now combined the store and the production line and you have this modular concept all in one. The idea is to make it as lean as possible, and not knowing what the volumes are going to be, forced us to do that.” 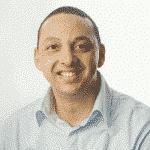 Hilton Mentor, Group Industrial Manager at Parmalat South Africa and Parmalat Africa, shared his insights into how the dairy industry has become a lot more commoditised, with many more players in the market now.

He explained how a competitor chooses to package milk not on the African continent, but imports it all the way from Turkey. He is able to land that product and pay import duties more cost effectively than paying for the raw material in Africa. So the challenge is coping with rising manufacturing input costs and conversion costs, while continuing to give good return to shareholders.

“In that respect, Industry 4.0 is quite daunting for our shareholders, and anyone involved in commodities I think, because the key thing is how to ensure a reasonable rate of return.” – Hilton Mentor, Group Industrial Manager at Parmalat South Africa and Parmalat Africa

In a multinational company, labour, which is a big component of manufacturing cost, is much more expensive in some first world countries. “If we go towards a scenario of automation, the return of the capital investment of some of that automation would happen a lot sooner,” says Hilton.

“So we have to ask the question: What is the business case? Do we want to create a comfortable environment for our employees or do we first want to return value to our shareholders? And how do we convince leadership, the board and the executive about the return and how it will impact the balance sheet or an income statement? And in that context to position Industry 4.0, operational excellence, and how we involve employees.”

Amidst all the technological changes, one constant is that leaders must lead by acknowledging the changing work environment, preparing for it and then navigating their organisation and its people through the shifting digital landscape.

17 May 2020
READ MORE
Back to Blog Posts
EN-GBEN-USESZH-CN
Lang Switch
This website uses cookies to improve your user experience. Click here to find out more.I ACCEPT