The rise of India: Driving Industry 4.0 in the world’s fifth largest economy

Businesses worldwide, notably manufacturing enterprises, are gearing new levels of capability, competitiveness and innovation, driven by continuous improvement strategies and powered by Industry 4.0. This article discusses challenges to the implementation of Industry 4.0 in developing markets, highlighting India as an example. The state of Industry 4.0 readiness amongst Indian conglomerates and the Indian operations of multinationals mirrors similar organizations around the globe. Although Industry 4.0 implementation has many common challenges, some are more specific to India. Companies that address these issues smartly and timeously will be poised to capitalize, and transform into world-class manufacturers – the Asian tigers of the future.

Industry 4.0 is ushering in a new business and manufacturing paradigm. Big data capabilities, automation, IT-OT convergence, the Internet-of-Things (IoT), artificial intelligence: these are some of the digital technologies on the road to smart factories of the future. The technological trends and take-ups are global but, inevitably, the trajectory and power of implementation varies by region, nation and industry sector.

What are the challenges for manufacturing organizations in developing markets such as India as they explore Industry 4.0 opportunities as part of continuous improvement (CI) and business excellence initiatives?

Gearing up for a technology revolution 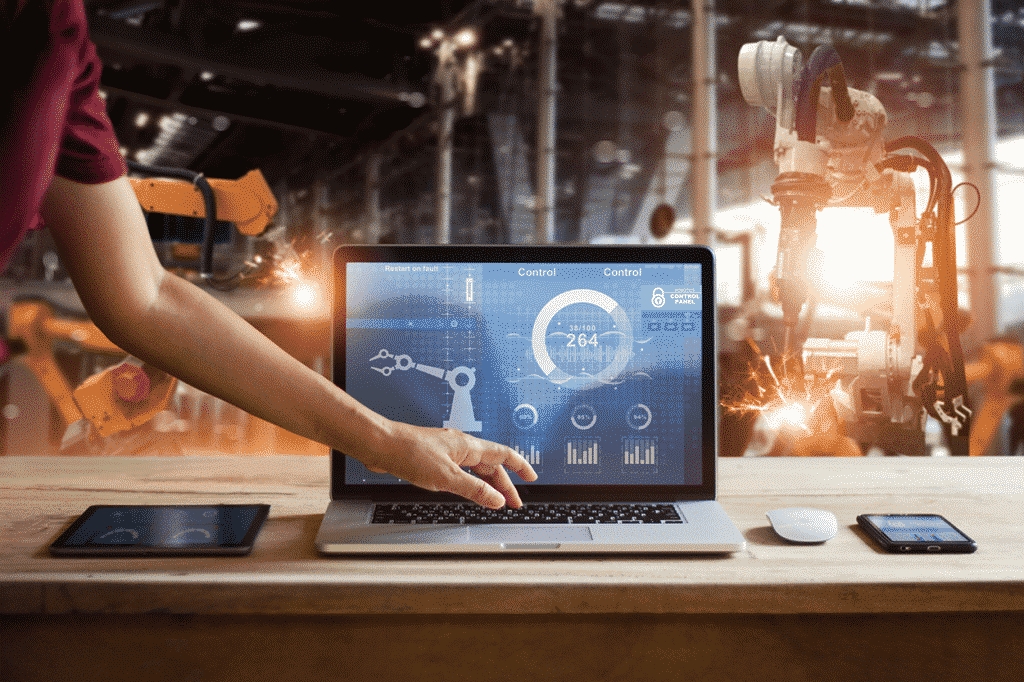 Inevitably, multinationals operating or domiciled in India implement CI processes and 4.0 technologies in synch with leading global trends. Maruti Suzuki, for instance – with a 53% share of the Indian passenger vehicle market – is majority-owned by Suzuki Motor Corporation Japan, which enables and implements its home-based production and business improvement processes and technologies. And multinationals such as Bosch are recognized as having seamlessly woven overall excellence into their developing market footprints, including operations in India.

Many Indian SMEs still operate in an Industry 3.0 or even a 2.0 environment, with modern IT systems limited to administration functions rather than application within production processes.

But 45% of the country’s manufacturing production emanates from some 60 million micro, small and medium enterprises (MSMEs), and it is in this sector that business improvement strategies, including Industry 4.0, face significant barriers and challenges. This major segment of Indian manufacturing remains rooted in less current business practices, standards, systems and technologies. Many Indian SMEs still operate in an Industry 3.0 or even a 2.0 environment, with modern IT systems limited to administration functions rather than application within production processes.

The nation’s phenomenal, sustained growth over the last 15-20 years may be ending. Q3 2019 GDP slowed to a six-year low of 4.5%. Growth is stuttering worldwide in the face of headwinds such as US-China trade disputes and oil price shocks as Middle East tensions rise; nonetheless, India’s projected 2020 GDP growth of 4.8% is its lowest in 11 years.1 Indeed, Indian CEOs are most concerned about growth prospects, perceiving this as a primary threat for 2020.2

Whilst progressive business leaders understand that the CI journey cannot pause, the capex involved in technology decisions is subject to prioritization, in turn linked to growth prospects. With India’s GDP forecasts substantially lower, Industry 4.0 gearing in India will stall. Modernization of plants, expansion of IT-OT in factories, automation plans: the 4.0 journey is likely to be more circuitous as three- to five-year pipelines may now change to five- to seven-year strategies.

India’s economy – and by implication the ability and prioritization of business to gear for the future – is perhaps most problematically hindered by internal challenges. The nation has myriad, complex socio-economic and political issues, not least involving corruption, illiteracy and women’s empowerment. Addressing these will unleash enormous business opportunities. But government policy and regulatory frameworks remain unsupportive in certain key business ambits.

Progress has occurred. The 2016 introduction of a general sales tax, and a demonetization program in 2017, although controversial and disruptive, were necessary steps to curb corruption, improve tax compliancy, and to streamline interstate commerce. Foreign direct investment (FDI) restrictions have recently been eased, garnering India FDI streams of $35 billion in each of the years 2016-2018, and a record $27.2 billion inflow in the first half of 2019. The National Manufacturing Policy of 2017, incorporating the Make in India initiative which positions the country as a leading manufacturing hub, reflects government’s acknowledgement of the need to expand manufacturing. It targets increasing the sector’s composition of the economy from 16% to 25% by 2025, thereby creating 100 million new jobs, mainly to underpin the MSME sector.

The National Manufacturing Policy of 2017, incorporating the Make in India initiative which positions the country as a leading manufacturing hub, reflects government’s acknowledgement of the need to expand manufacturing.

But wider policy reforms are needed. The economy is not as integrated within global trading systems as other developing nations. The government terminated over 50 bilateral trade deals in March 2018, hiked tariffs on 75 product categories mid-2019, and scuffled with the World Trade Organization – measures contrary to the facilitation of trade and industry. Despite climbing creditably in the World Bank’s Ease of Doing Business Index ranking, its 63rd position confirms that doing business in India is not as straightforward as it should be. Labor laws are conservative, even restrictive in some states; the acquisition of commercial property is convoluted; contract enforcement is haphazard, requiring an average of almost 1,500 days for a commercial dispute to be legally resolved.

Government’s ability to intervene is hamstrung by a large existing budget deficit, partly attributable to a spending focus on social priorities – as well as popular political issues. India’s Reserve Bank has implemented a series of rate cuts, but even with interest rates at nine-year lows, business credit flows have dropped alarmingly, declining nearly 90% in Q3 2019 versus 2018.

Deep structural reforms are required for India to reengineer its growth model and wholeheartedly unleash Industry 4.0 capabilities in manufacturing and exports.

Shifting the focus to infrastructure

Second only to the disappointing economic outlook, Indian CEOs are stressed about the pace of technological change.3 Yet, even currently, digital infrastructure and ecosystems are inadequate. Factories of the future, and their value networks, will require a universal, enabled and connected ecosystem. But India’s telecommunications and digital infrastructure is sub-optimal; many parts of the country experience unstable connectivity and slow network speeds. The government has documented improvement programs and policies, including an IoT Policy (2015), and a Cyber-Physical System Mission last year, aimed at rolling out training and development in automation, robotics and AI applications in manufacturing. But the framework for manufacturers to thrive and boost global competitiveness is, realistically, years away, adding risk to the ROI assessment of new, unproven technologies.

Until infrastructural and ecosystems backlogs are improved, India’s manufacturers will be constrained and require higher costs to access extrapolating Industry 4.0 capabilities, and will remain at a disadvantage to their global competitors.

Investment in talent development is crucial

Paradoxically, India’s availability of low-cost labor disincentivizes technology investments in general, and automation capex in particular. For instance, US factories utilize a ratio of 189 robots per 10 000 workers. China’s is 68. India’s number is three.4

Yet the nation’s huge population – over half aged below 25 and two-thirds younger than 35 – represents, potentially, a powerful available talent resource. Some 300 million people will enter India’s workforce in the two decades ahead, generating an employment pool of 1.1 billion – greater than the US and Western Europe combined.

Government, the manufacturing industry and academia need to collaborate to enable an Industry 4.0-ready workforce. Initiatives should be fast-tracked through subsidies, tax-breaks and
other corporate incentives.

But there is a dearth of skills. India’s current educational curricula and training systems do not match employers’ requirements, especially in manufacturing. A 2019 Deloitte summit of experts in higher education and top-tier institutions acknowledged with a 64% majority that curricula are not benchmarked to global standards. India qualifies over 2.5 million STEM students each year — the second highest globally, after China – but the government’s own studies conclude that less than half of these graduates are employable.5

India’s potential demographic dividend can only be achieved if the workforce is appropriately upskilled. Government, the manufacturing industry and academia need to collaborate to enable an Industry 4.0-ready workforce. Initiatives should be fast-tracked through subsidies, tax-breaks and other corporate incentives. Ongoing investment in talent development will be crucial, including amongst the contract labor segment, whose usage is comparatively high in Indian manufacturing.

Organizational transformation – towards Industry 4.0 as well as the inculcation of CI – requires committed leadership. Global best practice in business management, including Kaizen, Six Sigma and TQM are widely understood and implemented within leading and larger Indian enterprises. “Post graduate management institutions in India, and bodies such as the Confederation of Indian Industry, generally instill these business principles in a world-class manufacturing context,” confirms Jayaram Sridharan, CCi Consultant, India.

But the skill sets within India’s business leader echelon may be an issue in relation to Industry 4.0 transformation. Robust legacy leadership traits may mask C-Suite deficiencies in digital know-how. “For example, many business leaders in India do not perceive the connection between CI and the technology-driven, capital intensive Industry 4.0. In reality, the successful adoption of 4.0 will be enabled by – and may actually require – the implementation of a CI process,” says Sridharan.

“Many business leaders in India do not perceive the connection between CI and the technology-driven, capital intensive Industry 4.0. In reality, the successful adoption of 4.0 will be enabled by – and may actually require – the implementation of a CI process,” says Sridharan.

Some evidence points to advantages for Asia-based companies in gearing for Industry 4.0, benefiting from pace-setter EMEA or US learnings, simultaneous with comparatively clean slate local options in areas such as automation and IT-OT integration.6

India is still one of the world’s fastest growing economies, and is poised, imminently, to overtake the UK as the globe’s fifth largest in size. However, its annual manufacturing labor productivity, at just $6,000 per employee, significantly lags China’s $63,400. Industry 4.0 represents India’s opportunity to narrow the differential. Digital transformation carries the promise of spurring quantum productivity leaps in the next 15 years – as significant as an estimated $957 billion, one-third of India’s current GDP, derived from AI applications alone.7

But major challenges must be overcome. The country’s manufacturing sector faces a state of flux – in talent capability and churn, business confidence and the stability of its leadership, in consumer and industrial product markets, and global trading conditions. These fast-evolving changes, overlaid with the Industry 4.0 revolution, require India’s manufacturers to renew their commitment to continuous improvement.

Leveraging Industry 4.0 to drive ROI in the US spirits industry